skip to main | skip to sidebar

Ok cut the Paris crap. This is the 3rd REAL updating blog for my whole life. Ok now I'm officially in University. But I still prefer college. University sounds too ... high class. Anyways, I'm in My Mother's University (MMU) (Dude, Money Making University is so ... normal.), Melaka campus, and the only thing about here is the place is fucking boring. I'm staying in some hostel type of place and the only advantage about it is that people here can meet up with girls everynight in the campus library. The nearest lepaking place is 15km away. WTFH??! But still, far away is better than nothing. Pirated stuff is half price here and the food here is godamn weird. But still, you never know...

Ok now to the campus.Let me take you for a tour in the Melaka campus.

"This here is a big building with stairs who are cheating."

"Next, this is another big building built with cheating stairs."

"Last but not least, another big building ... Built with cheating stairs."

"That's all folks! Those who broke their legs during the tour can come here, the others can go there. Thanks!"

Enjoyed the tour?? Hope you liked it. I hated every bit of it. And I have to walk for the next 5 years. WTF.

To the lecturers. The part I hate most.

I have to study 6 subjects in the first semester. English 1, Physics 1, Physics Lab, Human Development, Pre-Calculus For Engineering, and Computer Applications.

Physics 1. Lecturer Mr. Vijayakumar. NOW this one's the bomb. He is the most fucking annoying lecturer a student can EVER have. And yet he wears a wig. And has hair growing from his ears. Big time fucked up. I don't know how to talk about him. I just hate him. Fucking bastard.

Physics Lab. Mr. Hazimin-Something. Haven't really attended his class so still has no idea what he's like. A bit of short, he looks quite young. But still, you never know.

Human Development. Ms. Suhaini-Or-Something-Like-That. The first thing she talked about was Sigmund Freud. And after that was ZZZ.

Pre-Calculus For Engineering. Ms. Goh. It's actually maths. Nothing much bout her too. Just that the only thing she talks about is Maths.

Computer Applications. Ms. Dude-I-Don't-Even-Know-Her-Name. I can't believe I still need to study what I studied for the past two years. She's quite annoying too. But what the hell. The lecture hall is one hell of a place to sleep.

That's about it. I'll get outta here.Miss them homies in Sitiawan. Ciao People.

Posted badly by Chiv not before nor after 9:47 AM 5 resurrections

Paris Hilton. What next?

What haven't Paris Hilton tried? She started like this : 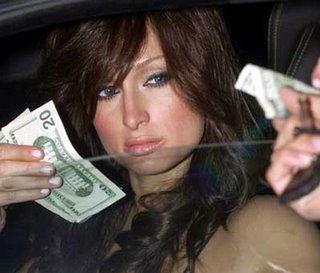 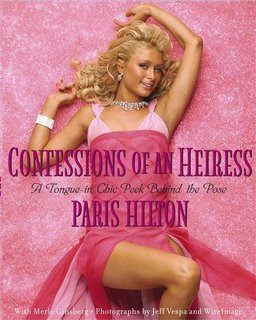 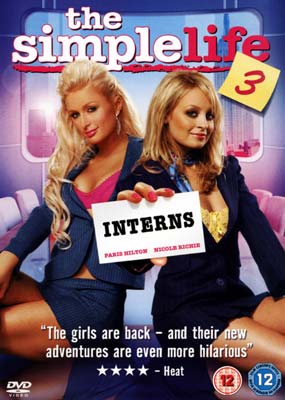 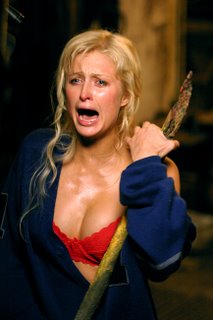 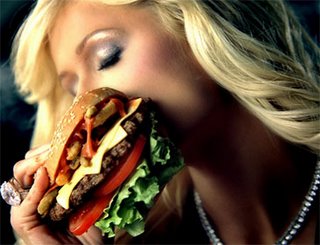 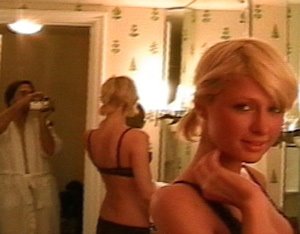 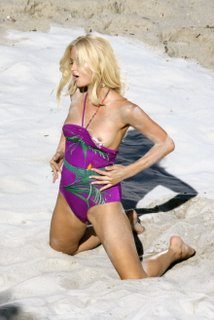 At video shoot of her debut music video


From hotel heiress books to music videos, she has done EVERYTHING a celebrity can do to boost publicity. And yet the most she can get to be is a fat-ass's sex idol. She might as well go get drunk every night instead of showing her tits in public every single time we see her. Well, I don't wanna talk about her future anyways. Let's hope she won't look like this after 5 years: 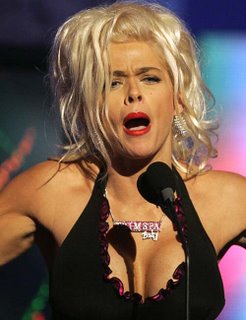 Posted badly by Chiv not before nor after 11:33 PM 0 resurrections

Chiv
I realise there's a lot of things in life other than crapping. Nah I'm just kidding ya.

Take it or leave it. Ok take it.

Create your own Friend Test here